If you know me, you know I love romances. Plain and simple. First love stories especially. There is something about first love that just strikes a chord within me as the reader. No Filter is just that, my cup of tea – a first love, contemporary, coming of age story. This had all of my favorite YA literary elements in one. Needless to say, I read this in practically one sitting (with minor breaks to refresh my cup of tea).

Now for more of the literary specifics. I really appreciated the fact that Emerald’s photo (in the opening chapter) was something less scandalous than other recent reads I’ve encountered. I’ve come across a great deal of “sexting” pictures that were later used as ammunition in break-ups or shared out of sheer ignorance. Emerald stood up for a classmate who was being bullied (sort of) and her friend group viciously turned on her by posting a *very* unflattering photo of her; “Bryony has purposely used a horrible shot of me fixing my knickers through my dress. I look like I’m scratching my bum!” This is something realistic that speaks to something within a wide array of people, wanting to put your best foot forward (on social media, using the right filter or finding the most flattering angle), then feeling vulnerable when someone (who is supposed to be a friend) shines a negative light on you. Pictures online last forever and the popularity of posts can become problematic. Additionally, the backlash of a “friend” doing this makes it ten times worse.

Later, when Emerald’s mother sets off a chain reaction (which I won’t elaborate on for fear of spoilers), she acknowledges that there are far worse things in life than a bad photo. While an unflattering image is something that can potentially cause stress, there are much more important things in life. Emerald was able to keep herself grounded. Yes, there is some angst in the story (although not overly done/just the right amount). But, for the most part, Emerald is pretty down to earth. 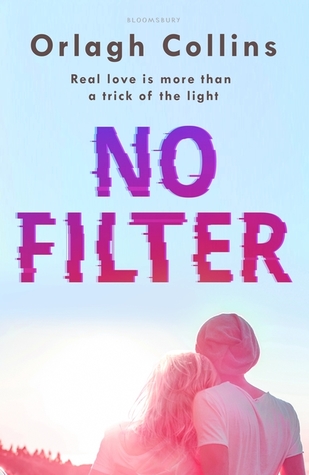 A good story is nothing without good writing. The details in this book demonstrates some spot on writing. For example, Emerald’s eyes aren’t green. There is a certain irony in that. The little jokes like this really resonated with me, making me take a moment to laugh or smile at random intervals. Plus, the title for each chapter are worth paying attention to. This style also made for easy reading. The comedic mixed in with the serious allowed for a more satisfactory rollercoaster ride.

However, I do have one issue…the party. This might be nitpicky, but I am going to flag this. MINOR SPOILER ahead. Oh my goodness the party. I understand Emerald is having a bad day between her mother, being forced to spend her summer with her grandmother, and friends cutting her off (via social media), but getting absolutely wasted at a party with complete strangers is just asking for trouble. True, Liam is a great guy, who takes care of her, but still. As a woman, this is something that struck me. There are always horror stories about girls going to parties taking drinks from strangers and that is exactly what Emerald did. One second she is a smart girl, then in the next she is accepting drinks from strangers without a single moment of hesitation? On one hand, her mother’s issues may account for this. On the other hand, her mother’s issues are the exact reason she shouldn’t be drinking, doing drugs, or smoking. If you saw someone spiral out in front of you, would you really be that willing to follow in their footsteps? I just found this scene troubling. But, then again, I’m not a big fan of these types of parties in general, so it may have just jumped out at me for that reason. The writer in me understands that Liam is her saving grace. He is sweet and cares for her in this moment of need. However, the reader in me wishes that this was accomplished in a different way.

No Filter is a dual point of view story and it certainly nails both voices. Emerald is English and almost two years younger than Liam, who is Irish. I really appreciated how Collins captured both of their unique perspectives, tones, and voices. Plus, they each perceived things differently, which was not only a key plot point (no spoilers here!), but also added to my love of them as individual characters and not just as a couple. Their backgrounds were also fleshed out and offered secondary and tertiary storylines that contributed to the overall plot.

Now, for the love story. Saving the best for last. Liam and Emerald were absolutely perfect together. Once they started dating, I wasn’t going to sleep until I finished the book. Emerald is able to trust Liam with her secrets and Liam is able to learn from Emerald. Being able to speak openly and honestly in relationships is so important and this is something that No Filter does especially well. The novel depicts a healthy YA relationship. Two people who learn about one another and accept each other’s faults and all. What more could a reader ask for? As a romance lover, I approved of Emerald and Liam. I ship it! I completely ship their relationship.

I received this ARC from NetGalley. Thank you!